Hello everybody, it has been a while since my last post. I have been busy doing my helping hand thing. The unbelievable warm weather in Wisconsin has everyone outside working in his or her yards more than a month earlier than normal. Of course, you know I have to do my spring cleanup, put the snow blower away, and get the Harley out. I know what you are thinking. It is too early to put the snow blower away. Well if it does snow. I am hoping it will melt in a day or two. I live in southern Wisconsin and one of my neighbors mowed their lawn last Sunday, March 11. How many of you living in Wisconsin have mowed your lawn this spring? 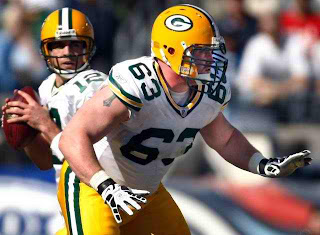 Okay, let us talk Packers now. Scott Wells, the Pro bowl former center for the Packers signed a four-year deal with the St. Louis Rams for a reported 24 million that could exceed 25 million with incentives. The deal includes a reported 13 million guaranteed. Wells was reportedly asking for a deal somewhere around 7.5 million per year from the Packers. The guaranteed money, in my opinion was something Packers Ted Thompson was not willing to gamble. The Packers had shown interest in center Chris Myers of the Texans. Myers, a Pro Bowler and a year younger than Wells, was also in line for a big contract. AP has reported Myers signed a four-year extension with the Texans. It looks like at this point, the Packers are willing to take a gamble at the center position. I guess at 31years of age, and being the best offensive lineman for the Pack in 2010 and 11, according to head Coach Mike McCarthy, and the anchor of the line protecting quarterback Aaron Rodgers is not worth 6 million a year.
Chad Clifton is due 5.25 million for 2012 and at age 35 could be released, I should say probably. Why would the pack pay 5.25 Million for a 35 year old who played seven games in 2011, and not sign your best Offensive lineman and so-called anchor at 31 years of age for 6 million average. Guess what! The Packers are not telling us the whole story, which will come out later in the laundry.


Free-agent Packers quarterback Matt Flynn has reportedly landed in Miami after interviewing in Seattle. According to the Palm Beach post, Flynn’s father Alvin said his son enjoyed his Seattle visit, but would not make a decision until he met with the Miami Dolphins. Joe Philbin, Miami’s new head coach was Flynn’s offense of coordinator in Green Bay. The Dolphins were still in the running for quarterback Peyton Manning until Thursday, when Peyton’s group said he was no longer interested, leading many to believe that Matt Flynn would be the new dolphin quarterback after this weekend.

The Packers will have to fill key positions through the draft system, namely the quarterback and center position. Wisconsin badgers center Peter Konz, could be an option at center. Ted Thompson is reportedly a fan of Konz, and could be available in the first round. The Packers have also been looking for help at defensive end, to complement Clay Matthews and the pass rush. Tell me your thoughts on the Packers 2012 needs.
Until next time.

Posted by brewersnpackers at 1:40 PM