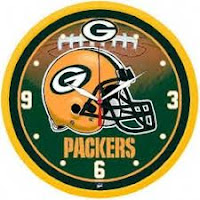 The Packers and Center Scott Wells are reportedly not even close in their contract talks, and the clock is ticking. March 13th Wells will become a free agent, and it seems the Packers are not interested in making a long-term commitment. Wells turned 31 in January, and made the Pro bowl for the first time in his eight-year career, and most believe he deserves, and should be rewarded with a long-term contract. Wells started 16 games for the second year in a row, and only allowed two sacks this season in their high-powered pass offense.

Scott Wells has been described as one of the smartest players on the team, and goes all out and is seldom beaten, which has allowed Aaron Rodgers and the Packers pass heavy offense to thrive. Some say the knock on Wells is supposedly his run blocking ability, blamed on his size at 6’2 and 300 pounds. The other factor is his age at 31, Ted Thompson is not known for giving long-term contracts on players over 30.

Now here is the interesting part, the Packers have reportedly talked to the agent of the Houston Texans Center Chris Myers, also becoming a free agent on March 13. Myers who also played in his first Pro bowl this year, and like wells considered a leader, very smart, and get this, 30 years old. Myers at 6’4 289 pounds is credited for much of the success of the running game, with running back Arian Foster getting plenty of credit for the running game of the last two seasons.

The interest in Chris Myers brings with it a question. Are the Packers really interested in Myers? Who also is looking for a long-term contract with a Raise, and the same age and size as Wells, or are they leveraging to their advantage?
The Packers Scott Wells and Texans Chris Myers are similar in size and age. Packers Scott Wells is rated the number one free agent, and Chris Myers number three.
I believe the Packers would be making a big mistake letting Wells go to free agency. Time will tell whether we rebuild, or keep a good thing intact. Git R Done!
Posted by brewersnpackers at 3:04 PM